Wow, why do I even have the wordpress app if I havent blogged a single thing this year?

The truth is that I’m not ready to give up this blog yet! I’ve been writing since medical school, which makes it a gazillion years ago (maybe around 15 years to be exact).

I finally felt the inspiration to write plus feeling bored (day 11 of annual leave before mat leave starts). Yes, in case you dont personally know me or have seen my instagram, I am now 36 weeks pregnant and frankly hoping baby will come out sooner rather than later.

I feel like this whole year so far has been a haze of pregnancy symptoms. For the first few months up until 20th week or so, I was just feeling tired. Just ridiculously tired. And I slept all the time. I didnt even have the energy to feel guilty. Imagine waking up with 100% battery (assuming I had good sleep) and by mid day, it was down to 10%. And by 2-3 pm, I was reaching negative balance of energy. Everything that does not include surviving (sleeping, eating and clothing myself) had backseat. In the end, I adopted the mantra: “Doing the bare minimum” As long as I did the bare minimum in everything in my life, its ok.

I must confess that I had some meltdown at work, I was just slower and things took longer than I wished fo be. So disinhibited in my emotions that I just teared and teared and poured out to the one consultant that you would least expect to be of comfort (he walked in one late afternoon as I tried to catch up on work). In the end though, the mixture of his awkwardness and having it out relieved (and amused) me.

This pregnancy is harder than before. I was more nauseous – I mean, brushing my teeth made me nauseous. Rushing and walking fast made me nauseous. Coughing made me nauseous. I remembered on one night shift, that there was a crash call at level 6, two levels above where I was. I rushed up the stairs but found myself wanting to heave my stomach contents just as we entered the ward. I indicated to the nurse to go first whilst I collected myself. The feeling passed and I went to assess what happened (its ok, the child was breathing when I got there).

I also had this weird symptom that I didnt realise existed in pregnancy. I had this weird metallic taste every time I ate or drank something, especially after drinking tea or milk. It was so sad, I could not enjoy my cuppa tea anymore! I realise that if I ate sour stuff like vinegary things, it neutralized the taste. So began my love for salt and vinegar crisps – I used to hate them and avoided eating vinegary stuff.

Second trimester was like a dream. Or more like it was waking up from a dream and all my senses were awakened again. You know when you’ve recovered from a cold and your head is no longer filled with wool and your body is yours once again…. that’s how it felt.

As the weeks go by, I felt more and more relieved. My usual lassez-faire attitude towards pregnancy (paragliding at 12 weeks with first pregnancy, going down water slide and accidentally eating some dessert with raw eggs with second one) was no longer. I was more careful and paranoid and constantly worried. I feel like until baby’s out and is crying and healthy, I can finally relax!

That said, it has not stopped me from (trying to) enjoy life and achieve things before my life comes to a standstill again – my belief that for the first year, my life will be wrapped around baby and my fear the first few months is akin to the Dark Ages (so bleak and dark and depressing – though it didnt happen for Ayman but I felt like this with Zayan). 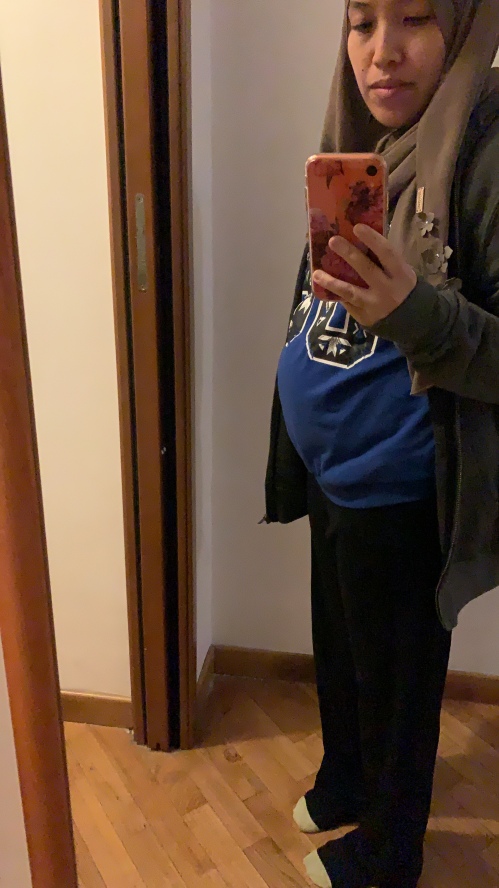 Rome at 16 weeks. I have never listed Rome in my travel go-to list but since we have not conquered Italy yet, we thought we’ll check it out (also Mumtathil vetoed my idea for Cyprus, saying we’ve gone to mediterranean countries recently). It was a lot of walking but the food and gelato – oh the gelato – was glorious. Just what baby needed! 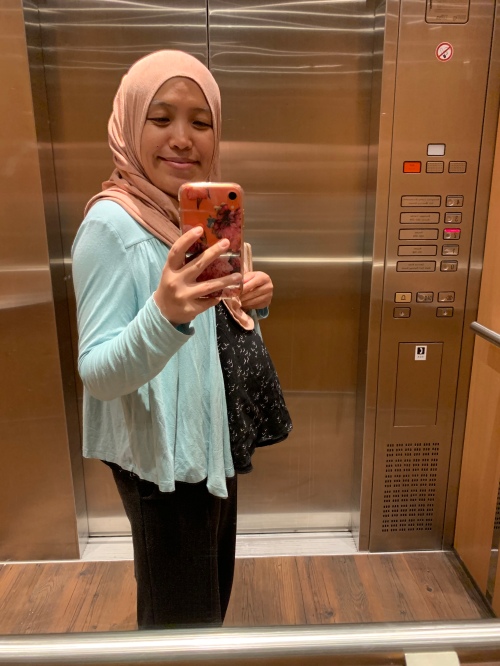 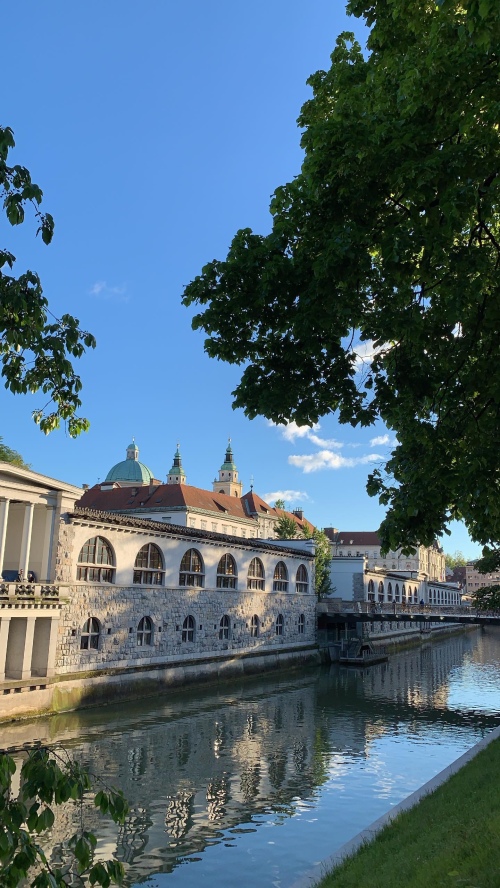 Went to a paediatric conference, where I got a case report e-published, in Slovenia at 20 weeks. Only decided to go a week before when I felt better in myself and mentioned to this female consultant about it. She urged me to go especially as a reason to travel (she has such confidence and I’m secretly in awe). 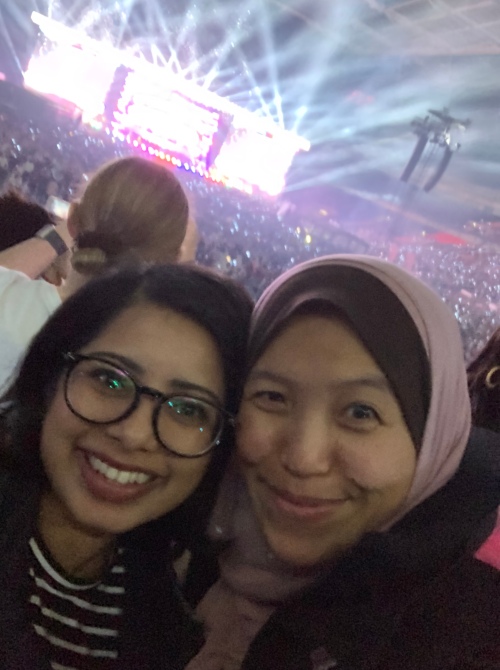 Went to Spice Girls concert in London at 25 weeks.

Went to Brighton for a two day course by myself at 26 weeks. Going to Brighton, I did stop over Oxford and stayed the night (thanks for the hospitality Nurul!) but decided to do a straight three hour drive on the return journey. I loved Brighton, it seemed so chilled but happening with a lot of hipster cafes and restaurants. Wish I had more time there! 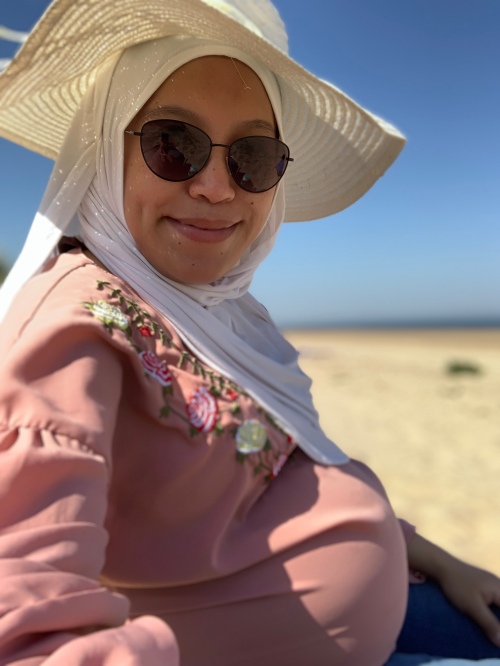 Baby, I hope you too will embrace and enjoy life regardless of the challenges. When it does get tough, remember: do the bare minimum until you feel you can pick yourself up again. And you will.

Also if you take your iron supplements as prescribed if you’re anaemic, that will help loads too.

A few more weeks left, pray for me that all goes well!