What happened this year?

Stayed by MYSELF at a hotel in Kent for an impromptu overnight stay… cos I messed up my course dates. It was supposed to be day trip and then realise on arriving, the course was to be held the next day. M such a bimbo but at least it got me a solo trip away! Haa. Really I didnt plan it at all.

I discovered the Konmari method of tidying and decluttering. Absolutely transformed my life.

I am happy to say my items in drawers are still neatly folded and compartmentalised.

Parentals came to visit and we stayed over in a nice cottage. Love the retreat!

Went to Amsterdam and the Hague. Loved the pancakes and waffles, lampuhkusis. Then absolutely fell in love with Keukenhof – defo recommends it. There’s also something nice about walking around the bridges and little alleyways of Amsterdam (as long asmo strong whiffs of weed). And the windmills area – quite enjoyed that. Although warning: at Keukenhof, flowers are so pretty that the (then) 2 year old kept wanting to rip it off.

Nothing eventful except I have survived 3 months in neonatal intensive care and was moved to a less hectic/stressful smaller neonatal unit. I learnt so many things in the neonatal rotation, but the most light-bulb-moment epiphany is that I need to believe in myself. Instead of waiting for approval and compliments, I need to just believe in myself and know that I am good. I had spent a good few months wondering if I was making the right decisions and one day realise that even after being complimented on various occasions, I was still doubting myself. I just had to believe in myself because no one else can do that for me. I cannot and will not go far by doubting myself.

For the first time ever, I went abroad without husband or kids. It was for the weekend and oh what a liberation it was! Tbh I just wanted to sleep but adventure awaits. I love Greece with its laidback attitude and mediterranean culture and food. And I was still fasting! I wish I could go there again, and discover the islands next time. Travel wishlist this year maybe?

Thank you Na for the lovely company (and booking the nicest hotel!) ❤️

Also met some awesome people who founded and ran the Orange House, housing refugee women. Did a massive grocery trip with them. 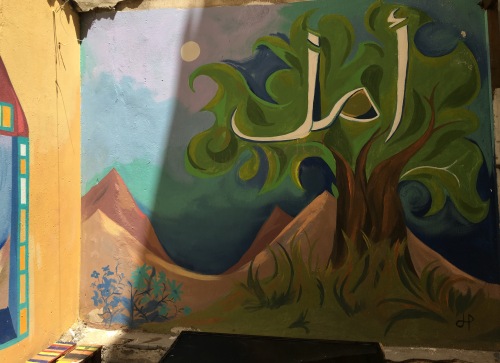 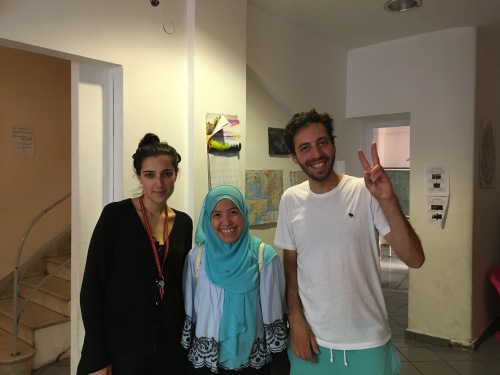 July marked a year of being the editor of Babble, our region’s paediatric school newsletter. It’s a bit like a wedding where you prep first few weeks by brainstormig and assigning articles .  Most of the time I do not need to do much as the other team members get articles ready etc (we do one each usually). However come closer to the publication, I get stressed out each time on awaiting articles, editing and compiling them to make a presentable newsletter. Stressed for 1-2 weeks and then I can breathe again after each newsletter comes out. 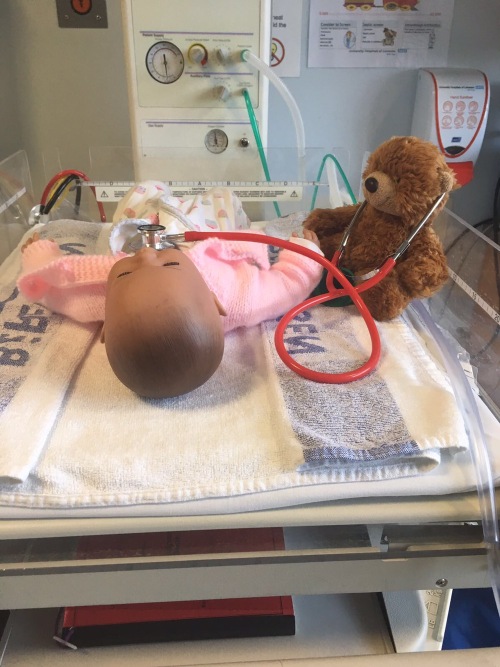 Twice now the publication date coincided with my holidays and spent first few days of holiday trying to finalise the newsletter. This time it coincided with our annual holiday to Brunei.

KNK time! Found the visitor centre in Bandar. Muara Beach. Lots of nice brekkie places – of course cannot leave without JingChew roti kawin. Went to two nice soft play areas (I’m not a fan of soft play areas but agree these two are nice – one is Funazania and another is at Hua Ho Mall). Discovered Ecoponies Garden – a trek closer to Tutong but the boys loved discovering nature/kampung life. Warning: banyak rangit but possibly worth it. 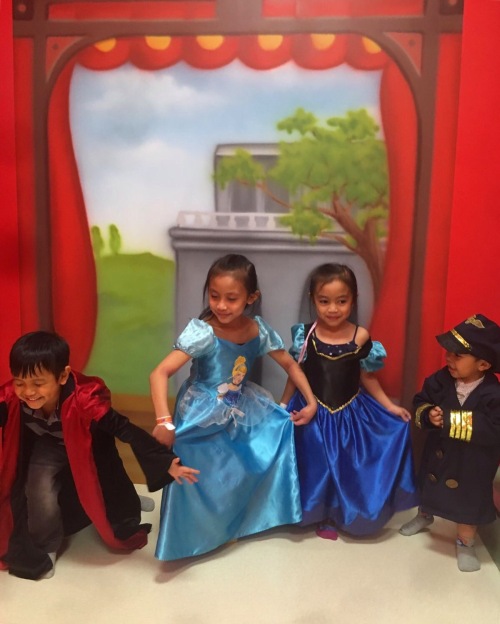 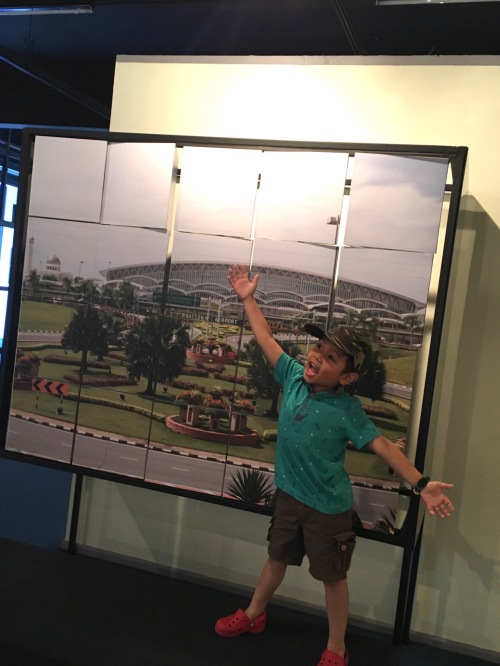 Rotated to new rotation – Haematology/oncology which is such a new world of paediatrics.

Zayan is now on Year 1 and Ayman started pre-school. Ayman, unlike his extrovert brother, hated it and cried for a good few months whenever we drop him off (esp me). If I ask him what he did there, he would say ‘I play, I eat and I cry.’ Think he enjoys it now – his vocab has exponentially risen and he says things like ‘oopsie daisy’ when he drops something. 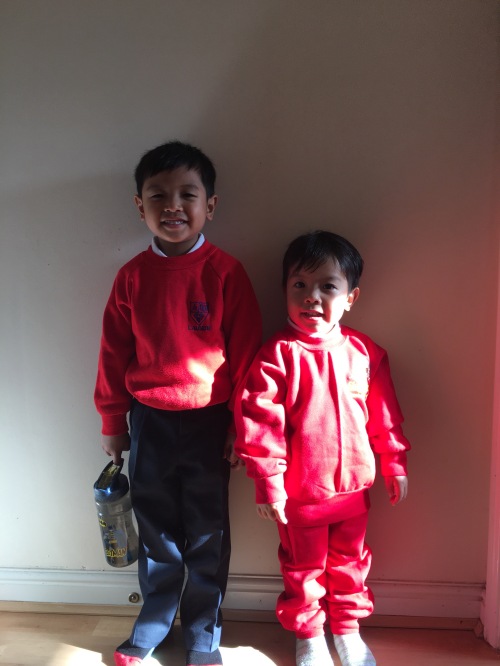 Spent half hari raya haji (and weekend after) at the inlaws.

Impromptu decision to watch John Legend in London with Kiki and her brother, Syafiq. I think its my first concert in UK. I’m not exactly superfan of John Legend but I do enjoy his crooning smooth voice! And then we tai tai brunch even though this lady had to finish her dissertation (or whatever it was she had to finish writing)! 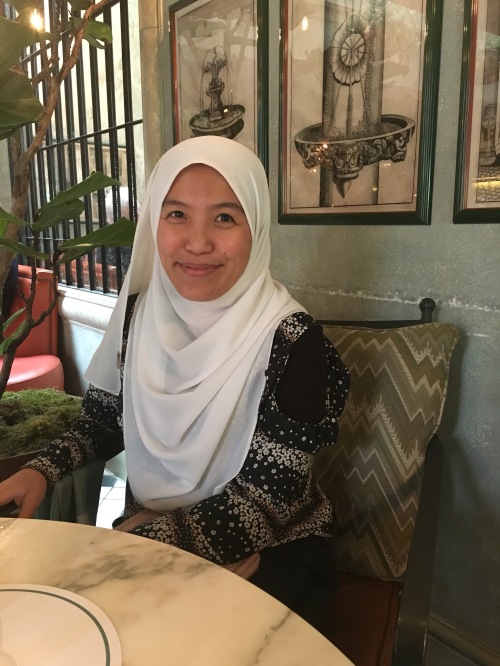 I also discovered that I can wear white tudung this year. I love it. White is so versatile. As is black. I also worr black tudung on a regular basis now. I am such a grownup.

Weekend liverpool trip. We visited (Mumtathil’s) Nani who we havent seen for years. Ayman has never met her so it was nice for kids to spend time with her. Her health was declining and for a very independent, active woman in her 70s, its quite sad to see. She passed away a week or so ago, so I’m glad we did get to see her again one last time.

Made birthday cake for Ayman (after a day of oncall, superwoman me – haha angkat bakul sendiri!). I have to say… thats a good recipe cake! It’s supposed to be an aeroplanencake btw!

Had our every-few-mths meet up with the Ogle family. These boys have been friends since babies so its always cute to see them together! (and reflect on how much theyve grown)

So many things happened! 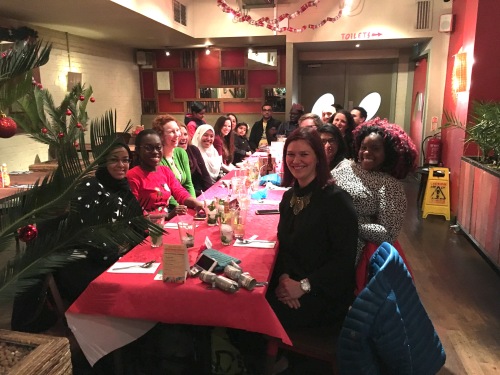 Organised Zayan’s science party and made his (pokemon tapi inda menjadi banar) cake. This requires a blog of its own but m still recuperating from the work of it all. 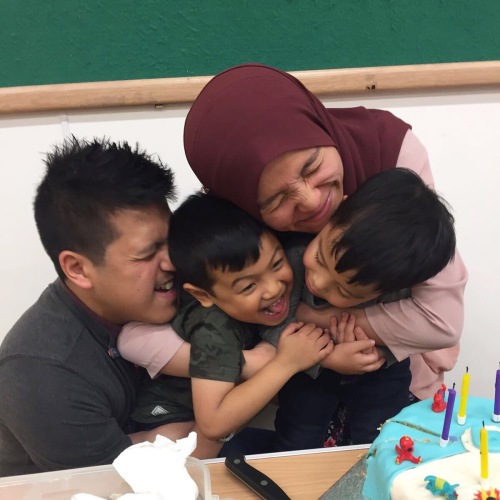 I met a dear old friend who I havent seen for eons! (9 years kali?)

Organised fundraising for unaccompanied minors in UK. Managed to get presents for 110 kids. So so chuffed as it was done kinda last minute (less than a month). The amazingness of social media and amazon wishlist!

Drove to Londres and went to Winter wonderland with Big Bro 2 (I just wanted my maggi from him). Look how misrable kids were with the cold! 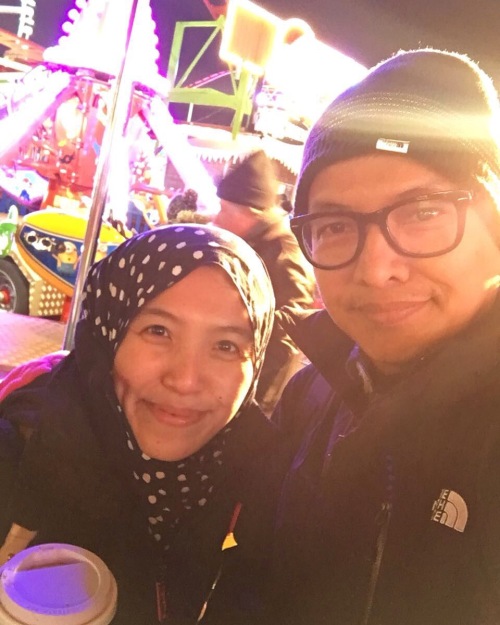 And then topped it all off to a holiday in Morocco. 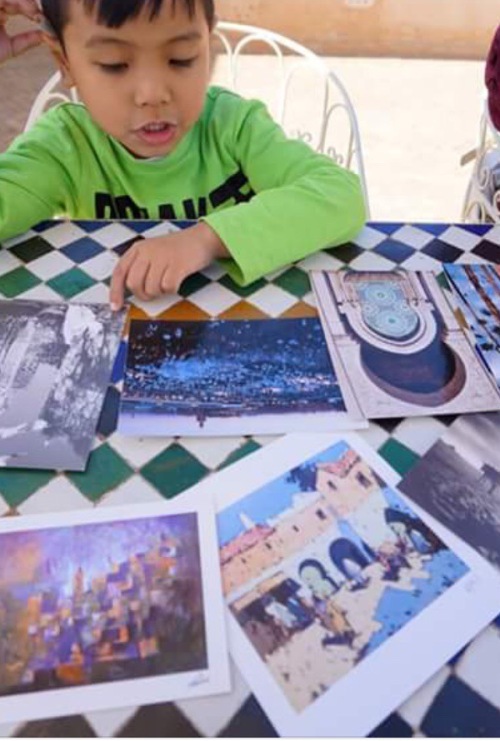 I think this is the best idea: go for a good holiday away, end off the year with a bang and welcome the new one with good spirits and the motivation to improve oneself. Yes it is just another date but I find end of year/new year reflections to be handy. Kinda like a review check on one self/muhasabah diri.

Looking back now, I have had so many great moments this year. Some sad moments too. Too personal for me to divulge here. One of the things that I wish to improve would be my friendships. I have let a fair few go astray and now I dont know how to (and whether I can) salvage it back.

Anyway, the best thing in my life is this person here. After all, without him (and his patience and his ‘I’ll hold the fort and not complain whilst you do what you want to do’) I wouldnt have done many things this last year.